Thomas Merton (1915-1968), or “Father Louis,” the religious name given to him when he became a Trappist monk, was a man of the 20th century who made a profound contribution, in the English-speaking world and beyond it, to making the search for God and the practice of spirituality more accessible to the people of his time. He had a short but complex life in which he developed many talents: writer of poetry and prose, photographer, hermit, activist against war and for civil rights, collaborator with contemplatives in other world religions, especially Buddhism, enthusiastic, realistic, and wise supporter of those he believed were seeking to make the world a better place.

In this exhibit will be found a generous sampling of Merton’s literary and artistic work: many first editions of his published volumes, photographs taken by and of him, and an overview of the many aspects of modern life on which he made his mark. As we celebrate the 100th anniversary of his birth, we find that his contribution to the welfare of the world is as relevant and timely today as it was when he first raised his voice as a modern-day prophet. 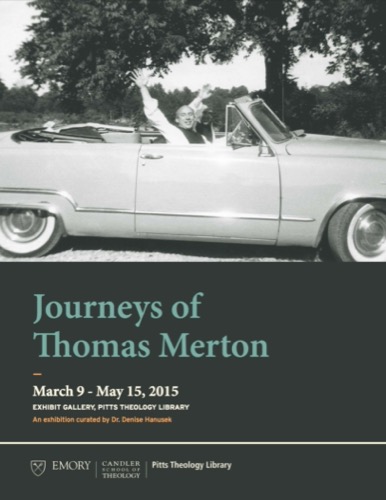